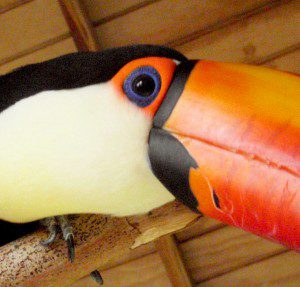 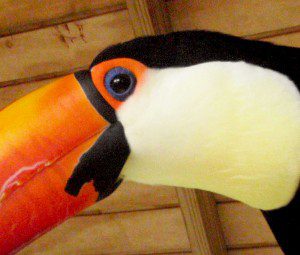 So in the beginning, I started to speculate that maybe the thick black liner between their beak and face could perhaps be an identifying feature between Toco toucans. Our three toucans all have very different markings both between the three of them and between both sides of their beaks. When I look at pictures of Toco toucans online, their black markings also differ from those of our “three-cans”. 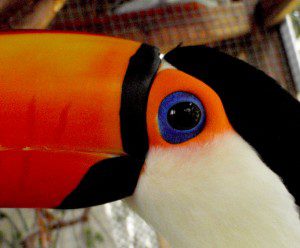 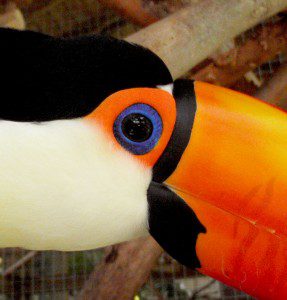 At this point, I know Paco, Paz, & Pepe so well I could pick them out of a line-up of 10+ toucans (at least I like to think so!) but it’s got me wondering – are the black beak bands (say that five times fast! 😉 ) of a toucan as unique as a human fingerprint? I have seen similar conclusions drawn in other animal species such as the white tip markings of white tip reef sharks. In the bird world, it is even said that no two macaws share exactly the same facial feathers. But without much information available regarding Toco toucans, it just leaves me to ponder for the time being. Perhaps another one of nature’s great mysteries for now… 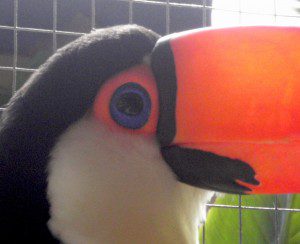 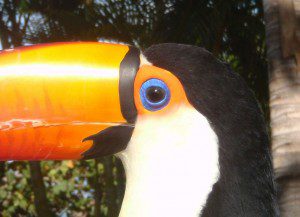